Every March during National Girl Scout Week, local Girl Scouts visit the Norman Regional HealthPlex to name one newborn baby girl an honorary Girl Scout and shower her with gifts.

This year was extra special for the local Girl Scouts because they got to deliver the gifts on Girl Scout’s 107th birthday on March 12.

Baby Charlotte “Charlie” Woodell was born at 9:34 a.m. March 11, weighing 6 pounds. Charlie’s parents, Kimberly and Brian, were already excited about their first baby girl since they already have two boys at home, but her being chosen as an honorary Girl Scout made it even more special for them.

“It’s such an honor. When we were told we were chosen we did some research and it turned out Charlie was the first girl born on National Girl Scout Day,” Kimberly said. “This is amazing and such a nice surprise.”

The Girl Scouts also brought a box of Girl Scout cookies for every family in the Mother/Baby unit on March 12.

Troop Leader Candy Kriete said the tradition of the Girl Scout baby has been happening for about 10 years with Norman Regional.

“We hope to continue to partner with Norman Regional to continue to do this during Girl Scout Week every year and we have nothing but best wishes for the family,” she said. 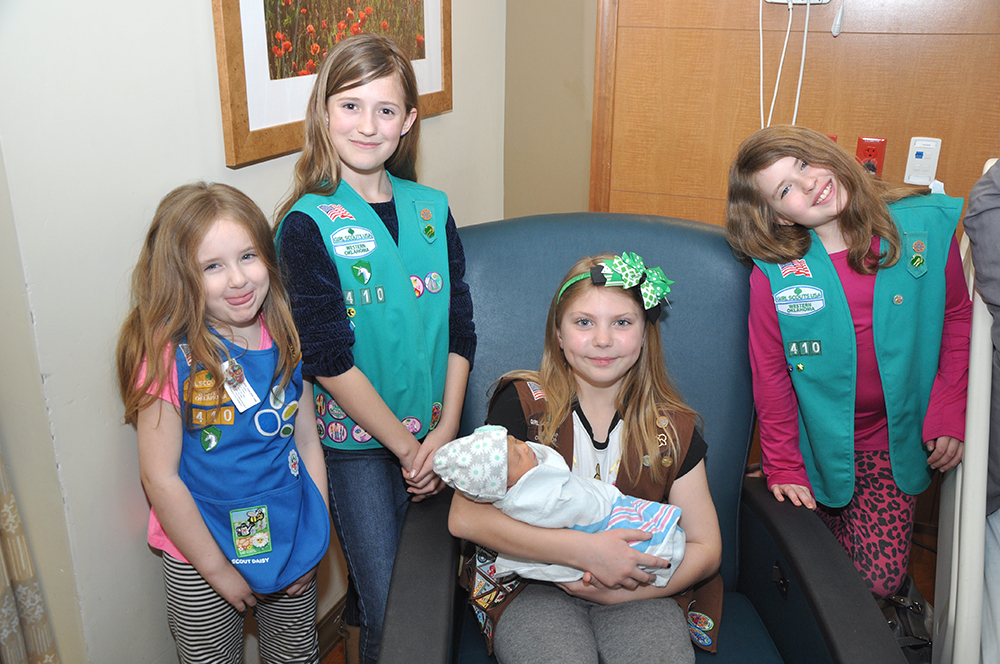