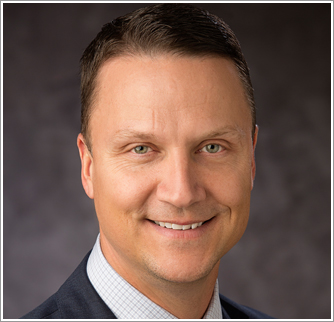 Norman Regional Health System has announced that John Manfredo, FACHE, has joined the health system as its Chief Operating Officer.

"I am honored and excited to join the Norman Regional Health System, and to have an opportunity to contribute to an organization that operates at the highest levels of excellence for the Oklahoma communities it serves," Manfredo said. "Working alongside a distinguished and respected board of directors, executive team, and medical staff creates a market leading environment I am eager to join."

Manfredo has a depth and wealth of operational knowledge that will complement Norman Regional’s senior leadership team. His previous work experience includes INTEGRIS Health, where he served as the system vice president for hospital operations.

Manfredo's previous operational endeavors included successful conversion of an electronic health record throughout all business and clinical applications, within a 10 acute care facility system; standardized system-wide operational processes that resulted in improved financial and clinical outcomes; and cultivated a philosophy of "systemness" through the continuous emphasis on the organization's strategic goals. He also spearheaded an organizational performance excellence improvement initiative that achieved recognition as a 2014 Oklahoma Quality Award recipient, the state's highest award for quality.

Manfredo received a Bachelor of Science in Radiologic Sciences from Midwestern State University in Wichita Falls, Texas and status as a Registered Radiology Technologist from the University of Pittsburgh Medical Center in Pittsburgh, Pennsylvania. He is a graduate of Oklahoma Christian University, earning a Master's degree in healthcare administration, and a fellow of the American College of Healthcare Executives.