Norman Regional Health System (NRHS) is one of the last independent health systems in America, with the freedom to design our services around the unique needs of Oklahomans in Norman, Moore and beyond. With more than 3,000 people across three main campuses and more than 30 clinics and offices, we’re big enough to provide comprehensive medical care and small enough to feel like home. 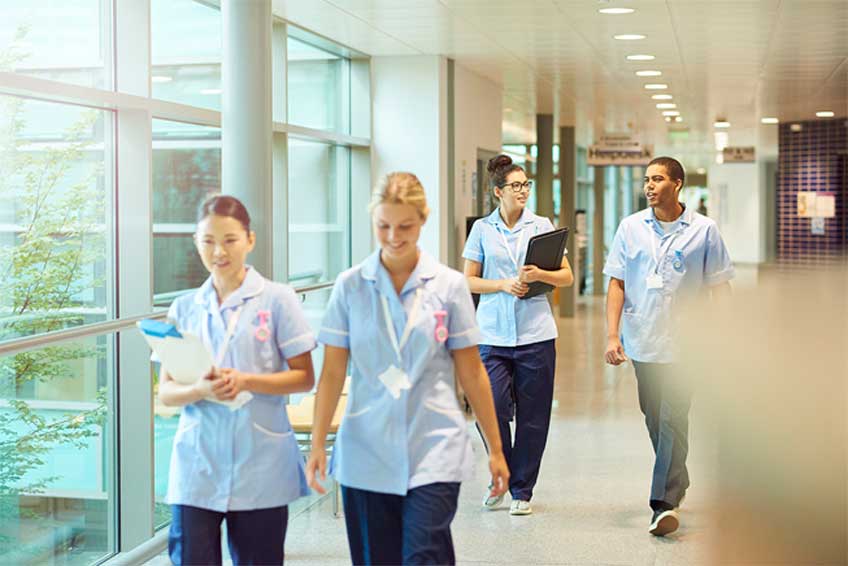 Norman Regional is passionate about giving back to our community, partnering with a variety of service organizations to touch more lives.

Perinatal Care Certification - Norman Regional Health System is now the first program in the state of Oklahoma to be certified in Perinatal Care by The Joint Commission.

Large Business of the Year - Norman Regional Health System was named the large business of the year by the Norman Chamber of Commerce in 2020.

Most Admired CEO & CFO - Norman Regional Health System's President and CEO Richie Splitt and CFO Ken Hopkins were honored as two of the most admired CEOs and CFOs by The Journal Record.

Behavioral Health Quality Improvement Awards - Eleven of Norman Regional’s Primary Care clinics received Behavioral Health Quality Improvement Awards for depression and alcohol use screenings in the Medicare population for 2017. The clinics demonstrated outstanding performance in the percentage of Medicare patients who have been screened for depression and/or alcohol use during a 12-month period, beginning the first quarter of 2017 to the fourth quarter of 2017. Final quality reporting data was released in fall 2018. The awards included:

Get With The Guidelines Award - Norman Regional Health System received the American Heart Association/American Stroke Association’s Get With The Guidelines®-Stroke Silver Plus Quality Achievement Award. The award recognizes the hospital’s commitment to ensuring stroke patients receive the most appropriate treatment according to nationally recognized, research-based guidelines based on the latest scientific evidence.

Norman Regional Wins Gold in Healthcare Marketing IMPACT Awards - Norman Regional Health System took home the Gold at the 2014 Healthcare Marketing IMPACT Awards! The Health System won the first prize in the category of Community Outreach Campaign of the Year for its campaign that tells the story, through print and video, of a community's healing and rebuilding, reminding residents that "Moore is ready to treat you again."

The IMPACT Awards were created by Modern Healthcare and Advertising Age to recognize healthcare’s best advertising, marketing, promotion, and communication campaigns on and across all media platforms.

2011 VHA Awards - Norman Regional Health System was recognized by the VHA for outstanding clinical performance. All three of our hospital campuses garnered awards.

Norman Chamber of Commerce, Greenovation Award - Norman Regional was honored with the Greenovation Award from the Norman Chamber of Commerce. The System won in the category of conservation, large business. This award recognizes local businesses that are doing their part to reduce their impact on the environment and be better stewards of the earth.

NRHS Hyperbaric & Wound Care Center Receives National Award - Norman Regional’s Hyperbaric & Wound Care Center has been awarded the Center of Distinction Award. This award is presented to the top ten centers in the country for exceeding benchmarks in quality issues for 12 consecutive months. These quality indicators include percentage of wounds healed, patient satisfaction, median days to heal, management of wounds that cannot heal and access to care.

The Barbara Lynch Community Partner Award - Norman Regional was honored by the Oklahoma State School Boards Association with the Barbara Lynch Community Partner Award. The award honors an organization that displays community engagement and service. NRHS was nominated for the award by the superintendent of Norman Public Schools for NRHS’s partnership with the school district to equip schools with health professionals and registered nurses.

VHA Leading Practice Hospital - VHA Inc. recognized NRHS as a leading practice hospital for our work in pneumonia prevention and treatment through effective use of vaccinations and timely antibiotic administration for patients with pneumonia.

Norman Regional Health System was awarded a 2007 Regional Clinical Excellence Award from VHA. Only four organizations were honored with this award, which recognizes outstanding core measures in the areas of treatment of heart attack, pneumonia, heart failure and prevention of surgical site infections.

Norman Regional was also given the Clinical Improvement Award. We were one of 31 organizations that improved the aggregate score for any single measurement set over baseline by 5 percent or greater.

Champion of Health Award, Champion of Children’s Health - Norman Regional Health System was honored with an award that recognizes organizations and individuals dedicated to improving the health of Oklahomans. Norman Regional has received a Champion of Children’s Health award for its innovative collaboration with Norman Public Schools to financially support the establishment of school health services. The Champions of Health awards program is presented by Blue Cross and Blue Shield of Oklahoma, the Oklahoma State Department of Health, the Oklahoma Hospital Association, and other state agencies.

May is Arthritis Awareness Month